Simply, one of the best living history music groups available. Ian Bell and Teilhard Frost (of Sheesham & Lotus) bring years of understanding, virtuosic playing and great good humour to their period music shows, presenting the best of songs and instrumental music heard in Ontario between the 1850s and the 1920s.

They play a wide range of authentic period instruments and they play them well. Their arsenal includes both original instruments and modern reproductions. It includes gut-strung banjos and guitar, concertinas, fiddle, jaw harp, harmonicas, feet, bagpipes, bones and more.

Ian has been creating quality musical programming for museums and living history sites since the early 1980s. Part of his understanding of period musical styles has come from his musical mentors – fiddlers who learned their trade in first decades of the 20th century and who in turn had been taught by 19th century musicians – one degree of musical separation! (See the Museums page on this site)

Teilhard Frost toured with the group Sheesham and Lotus & Son for many years. He is an acclaimed fiddler, singer and banjo player. (a banjo-maker, as well) He is also a master of pocket instruments – harmonicas, bones, jaw-harps, and ham-boning. (body percussion) 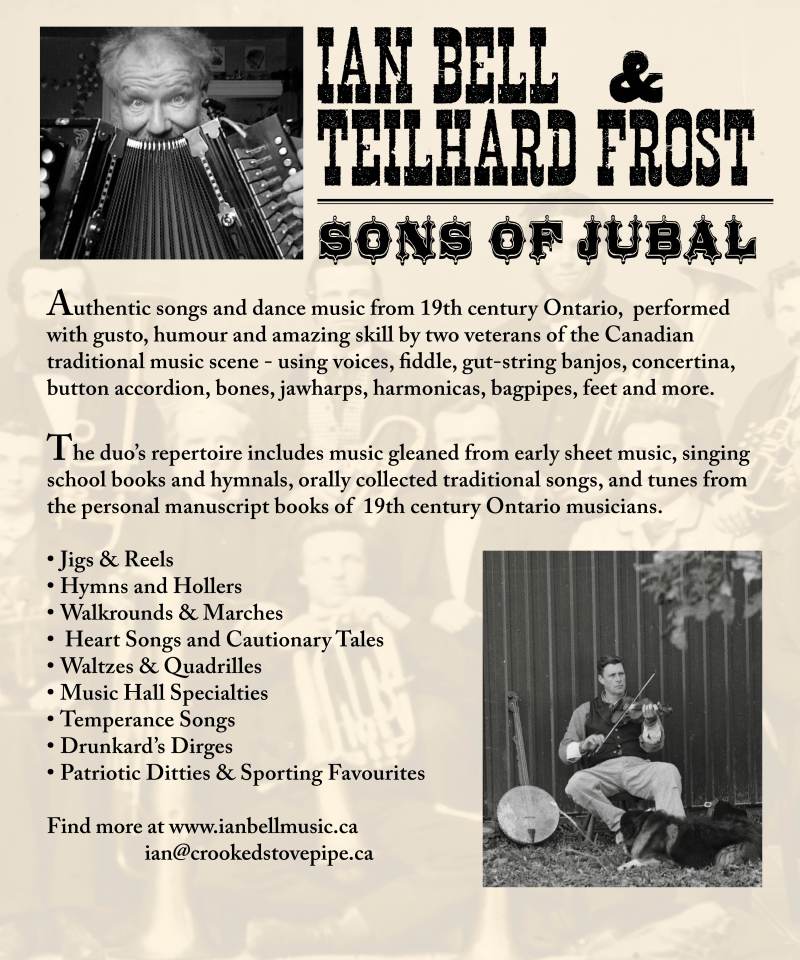